The DrumBlaster daily washout system is faster, easier, safer and a more cost-effective way of cleaning and maintaining concrete agitators. The system will accommodate all sizes of agitator drums. Independent surveys illustrate the reduction in concrete build-up found in the trucks using DrumBlaster amounts to 84.4%. Thats right, trucks using the Drumblaster washout system have 84.4% less build up than those not utilising Drumblaster. By stopping concrete build-up in the first place, DrumBlaster eliminates workplace risks of manually removing the build-up from inside the drum. It is a recognised global safety principle that it is far better to eliminate risks rather than trying to minimise them.

DrumBlaster does a better job of cleaning concrete agitators/drums than conventional methods. Independent trials showed that DrumBlaster reduces agitator/drum build-up by 84.4%. The Drumblaster washout system increases productivity and safety. Drumblaster provides significant operational and plant management benefits. Drivers love it. It is so simple to use and so effective.

Our Network - Who We Recommend

Concrete plants, ready mix concrete providers and owner drivers of concrete agitator trucks spend far too much time and money, often during overtime hours, attempting to clean their trucks using manual labour in an unsafe working environment. Drumblaster is a cost effective and proven solution to their problem, eliminating the need for long term build up, unsafe work practices and reductions in load size due to excess build up

Tests show that the DrumBlaster daily washout system is faster, easier, safer and a more cost-effective way of cleaning and maintaining concrete agitators.The system will accommodate all sizes of agitator drums.

These results are based on detailed trials that were conducted over 4.5 months at Hanson’s Concrete plant in Sydney .

By stopping concrete build-up in the first place, DrumBlaster eliminates workplace risks of manually removing thebuild-up from inside the drum. It is a recognised global safety principle that it is far better to eliminate risks rather than trying to minimise them. 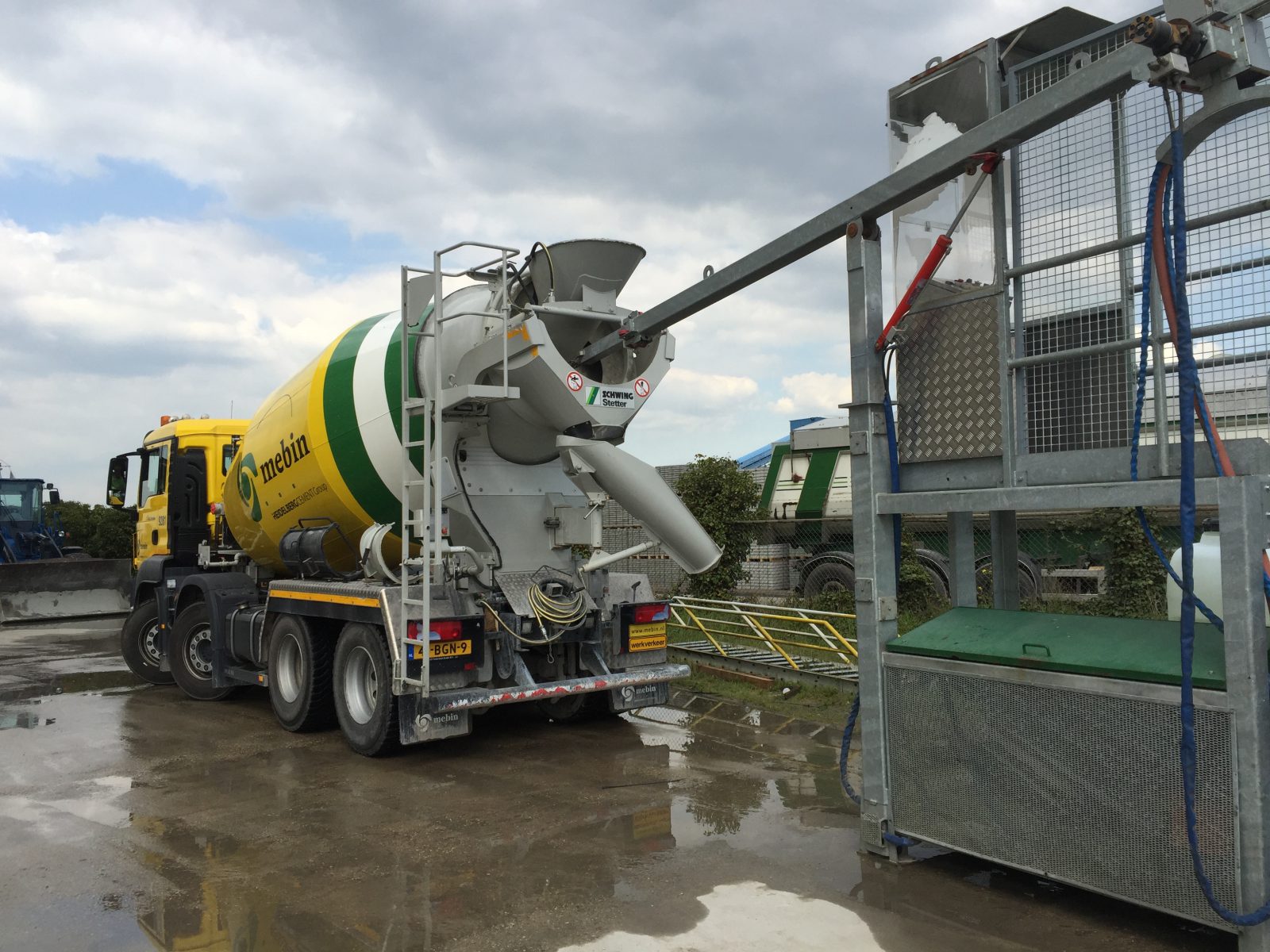 As part of a trial at the Hanson plant in Preston, Sydney Australia in June 2015, eight trucks (8) were cleaned. From then on, four (4) of these trucks used the DrumBlaster daily washout system, and four were washed out in the traditional way.

DrumBaster trials have also been conducted in Melbourne (Australia) and Amsterdam (Netherlands) and this has resulted in DrumBlaster purchasers by the companies undertaking the trials. Below is a photograph of a drum in Sydney Australia that has been using DrumBlaster which shows no concrete build-up after 4 months.

For over 80 years the concrete industry has been trying to control and reduce the concrete build-up in mixer delivery trucks as well as develop safe ways of removing the build-up.

To- date, no where in the world , has there been any commercially viable ways of stopping this build-up and it is considered that the problem is getting worse with the addition of the many new additivies to assist with stronger and faster curing concrete.

In 2008 Jonathan Sweet founded Agi-Kleen Pty Ltd in Australia to use a robotic high pressure water system to remove hardened concrete in mixer drums and in 2011 he was joined by Jim Simpson and Michael O’Neill. The company then operated 3 mobile high pressure cleaning units that offered services all around Australia.

The Agi-Kleen service was recoginised by the safety authorities and industry bodies as a major solution to the build-up problem and Agi-Kleen was awarded many safety awards including the SafeWork Australia safety award for 2014. Up to the end of 2016, Agi-Kleen had successfully cleaned over 5500 mixer trucks and taken out over 5,300,000 kgs (11.66 millions lbs) of build-up concrete.

Despite this success, it was difficult to run Agikleen on a commercial basis because it was operating over such huge areas.  Knowing that this commericially could be a problem,in 2013 Agikleen directors wanted to solve the problem of mixer concrete build-up by stopping the build-up occurring in the first place

This appeared to be a big undertaking as there was no system in the world that was considered commercial to stop the build-up. Undetered by this, the Agikleen directors believed with their experience in removing hardened concrete using high pressure water and their knowledge of the industry they thought it would take a year to do this. However in reality, it has taken about 4 years to fully develop the DrumBlaster system. DrumBlaster was then formed to prevent the build-up of concrete in mixer drums by washing trucks out properly at the end of each day. After unsuccessfully
searching the world for a suitable system, the directors re-engineered an Australian system that was in the early stages of development. Developed off the back of two successful brands, Agi-Kleen and Thoroughclean, DrumBlaster was launched in 2015.

As part of this development, DrumBlaster has been conducting trials in Sydney, Melbourne and Amsterdam (Netherlands) which have all been successful. The trials at Hanson’s Concrete in Preston Sydney were the most extensive and over a 4.5 month period Drumblaster reduced the build-up by 84.4%.

Sales of DrumBlaster have commenced in Australia and due to the success of the trials DrumBlaster has received excellent interest from American and European concrete companies and we are sending DrumBlasters to the USA, UK and the Netherlands.

DrumBlaster is a member of Cement, Concrete and Aggregates Australia and the National Ready Mixed Concrete Association (USA)

Check out these video testimonials from Drumblaster clients to see how Drumblaster's technology can revolutise your business and save time, money and unsafe work practices today