Returning to the office, a moment of joy for some. Others, would rather stay home

Pragadish Kalaivanan, a marketing analyst, got up extra early to dress for work before his first days back at the office in Boston. He's among those happy to still be able to work two days from home, as the company's new hybrid policy allows.

Steve Tordone has been waiting for this moment for two years. Sure, he's got a great set up for working at home, and it was nice to be around the family and the dogs. But he prefers working at his office in a downtown Boston high-rise where he works as a financial advisor.

"I'm an outdoor cat and I just want I want to see people," he says, "I can't wait for it to get crowded."

Tordone is starting to get his wish. In Boston, as across the nation, a "back-to-work March" has begun. With the omicron variant now on the wane, companies from American Express to Meta and Citigroup – are officially calling on employees to return to the office this month, while also trying to stay flexible enough so as not to lose those who prefer to work from home. Many firms are starting with "soft openings," but already, offices, streets and garages are filling back up.

"It makes you so happy," says Samrawit Embaye, an attendant at one garage that put out its "Full" sign. "If you see people coming, you feel like you are living real life."

"Oh, I love being back!" says Maureen McLallen, a legal secretary, on her second day back to her office at a large law firm in one of Boston's tallest skyscrapers.

"I love being around people, and not being cooped up in my bedroom," she says.

After two years of working from home, returning to the office felt like a homecoming. 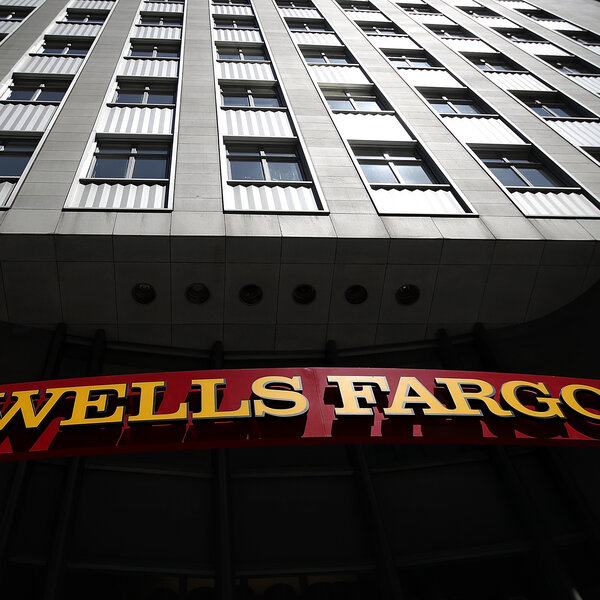 'Where is my office anyway?' As COVID recedes, remote workers prepare to head back

"Everyone was hugging each other. It's just such a blessing to be back. I missed everybody," she says, in between greeting the old familiar faces passing by.

"I didn't know you were still working here," she calls out to one, "I'll come see you!"

Being back is as good for the firm as it is for her, McLallen says. She believes she'll be way more productive working in person, alongside the attorney she supports.

"It's hard doing email," she says. "But if I can actually go into his office and I'll stand there and go, 'Heeeey,' and I'll tap my foot, [saying] 'I need the answers,' he has to answer me."

To McLallen, the upsides far outweigh even her hour-long commute, (she spends about half the hour on the train, and half on foot.) And she says, as convenient as it was to roll out of bed at 8:45 a.m. to be at the makeshift desk in her bedroom by 9:00 a.m., she doesn't even mind having to wake up three hours earlier now, to shower and dress for the office.

"I have to get used to wearing heels again," she laughs, pointing to the sensible flats she's got on. "I've been wearing my 'comfies' for two years, so I'm going to ease back into it."

"Definitely, it's been an ordeal," moans Pragadish Kalaivanan, a marketing analyst, who's somewhat less sanguine about the trade-offs.

Feeling a kind of first day of school jitters, he opted for boots with heels for his return.

"I just wanted my two inches extra," he sighs. "I wanted to at least look good, so I feel good coming in."

The return to in-person offices brings back co-worker small talk, commutes — and romances?

He also laments giving up the fresh, healthy meals he was cooking for himself at home, having to get on increasingly crowded subway cars where he worries about catching COVID-19, and he's mourning the loss of the flexibility he had at home to do his creative best, whenever inspiration strikes.

"Sometimes I don't feel like working in the afternoons, and I used to take a quick nap at home," he says. "And I would work after dinner, when I want to do it, when I'm most creative."

Now, he says, being back in the office can often be a distraction.

Kalaivanan's firm is one of a the growing number adopting a hybrid model; Wednesdays are mandatory, and employees "should" come in two other days as well, he says. 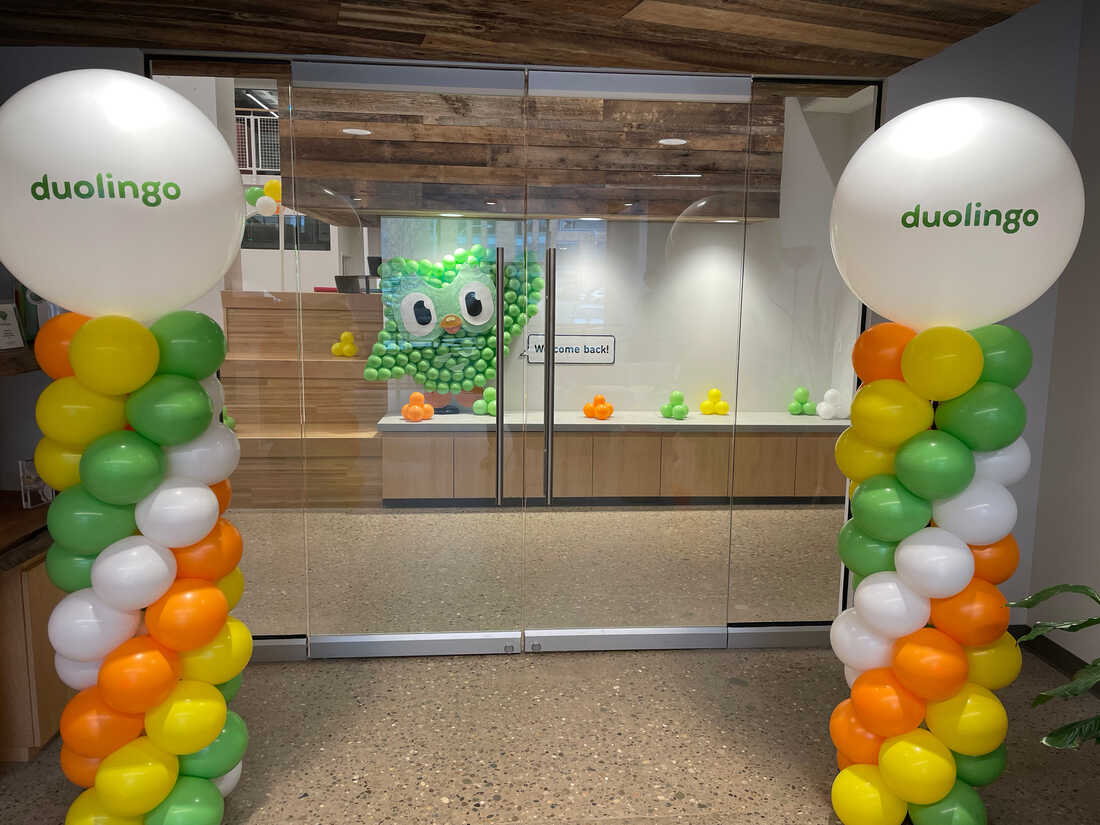 Firms around the nation are all too aware that requiring workers to come in every day, may actually end up pushing them out the door.

"There's a danger in being too hardline," says Luis von Ahn, co-founder and CEO of Duolingo, a language-learning platform. "Top talent wants some amount of flexibility."

Beginning March 1, Duolingo employees are required to work from the office, but only for three days a week. And exceptions are being granted for basically anyone who asks—at least for now, von Ahn says.

More than 80% of the staff came back on March 1, he says. Von Ahn says their "really good company culture" is why employees "actually really honest to God want to be here." But just to be sure, he's "doubling down on office culture" hoping to make it even more enticing. For example, "homecoming week" included an ice-cream social and happy hour, the company is fully funding employee "clubs" ranging from skiing to wine-tasting, and the staff chef now prepares hot breakfasts, in addition to lunches that are all free of charge. 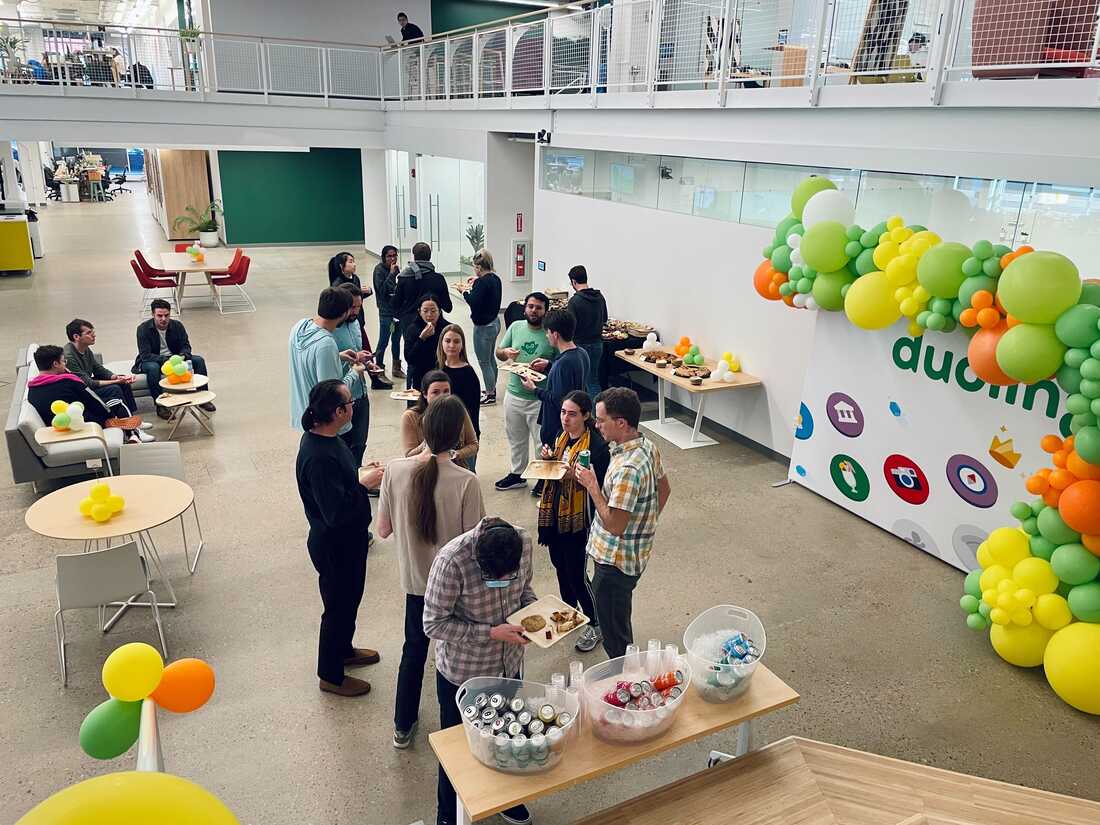 Call it a kind of enlightened self-interest. At the height of the pandemic, when employees were all working remote, "Our innovation pipeline got significantly worse," von Ahn says. But as soon as people started coming back, "the number of new ideas started popping up again."

Andy Waugh, a managing director at a large insurance broker in Boston, is also trying to encourage more people to come back. It's especially critical for young and new workers, he says, to learn the ropes and advance in the company.

"How we operate, what our ethos is, how to do their jobs, how to treat clients - they've got to learn all that, and they won't see it from their kitchen," he says.

Still, Waugh says his company, too, is making in-person work optional, at least for now. And the staff does not seem to be in a hurry. Just about a third showed up for day one, and far less for day two. 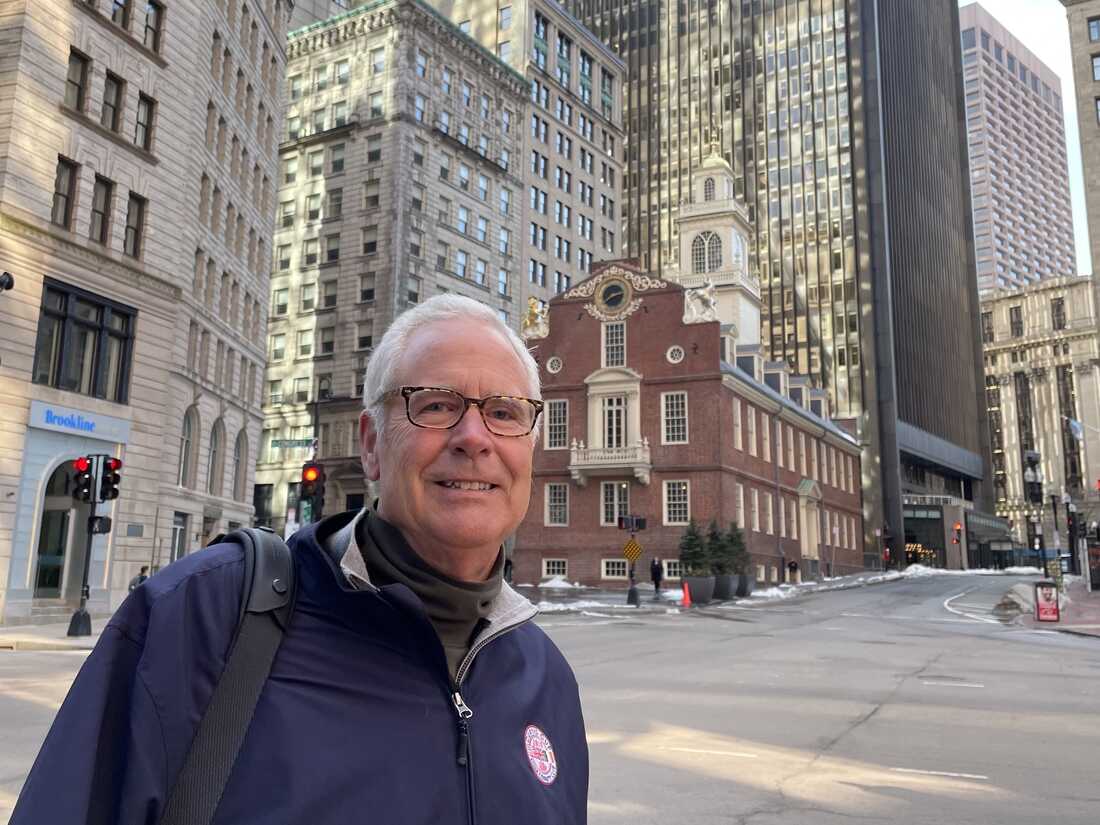 Some workers want less human interaction, while some want "boundaries between work and life"

Attorney Brian Palmucci, can relate. On his way to a court hearing in Boston, he says he's more than happy to just keep meeting with people on Zoom, instead of in person.

"I'm kind of an introvert," he says. "So you know, less human interaction sometimes can be a good thing."

Especially, he says, as long as COVID-19 is still a concern.

"I have two young kids, and I think the long-term health ramifications of COVID are unknown. And so it's a risk I'm not willing to take."

But as case numbers have declined, Samuel Gebru is among those who believe what's more unhealthy is "being under house arrest," as he called it, where there are no "boundaries between work and life."

A self-employed consultant, and senior fellow at the Center for State Policy Analysis at Tufts University, Gebru and his laptop bounce on any given workday, between the donuts and coffees on his dining room table, and whichever desk he can grab at WeWork, or seat he can find at his favorite coffee shops around the city.

And much to the delight of struggling cafes and restaurants, those seats are filling up fast.

We are happy for that. Because we are hiring lot of people back," he says. "People are asking us for jobs, and we can give them opportunities.

And those employees, Jordan says, are more than happy to commute into the city for work.