Tonga says it has been hit by an "unprecedented disaster", in the government's first update since a volcanic eruption triggered a tsunami.

In a statement, the government confirmed three deaths: two locals and a British national.

It said some of the smaller outlying islands were particularly badly affected, with all the houses destroyed on one and just two left on another.

Aid efforts have been hampered by ash falling from the volcano.

Volunteers have been sweeping the runway of the main airport to allow planes bringing much needed drinking water and supplies to land.

Communications with the island chain have been disrupted after the single underwater cable connecting Tonga to the rest of the world was severed in the eruption.

In its update, the Tongan government said the internet was down, but some local phone services were available and work was under way to restore full communications.

Such is the damage to communications networks, the World Health Organization said a lone official had been channelling information between UN agencies and the Tongan government using a satellite phone.

Many Tongans abroad have been waiting since Saturday's eruption to hear news from loved ones.

Meanwhile, the UN said it would try to maintain Tonga's Covid-free status when aid starts arriving.

Tongan officials have expressed concern that deliveries could spread Covid, with the country only recording its first case in October.

But UN spokesman Jens Laerke told AFP: "One of the first rules of humanitarian action is 'do no harm'. So we want to make absolutely sure that all necessary protocols for entry into the country will be followed."

The eruption was felt as far away as the US. In Peru, two people drowned in abnormally high waves while beaches near the capital Lima were closed off following an oil spill. 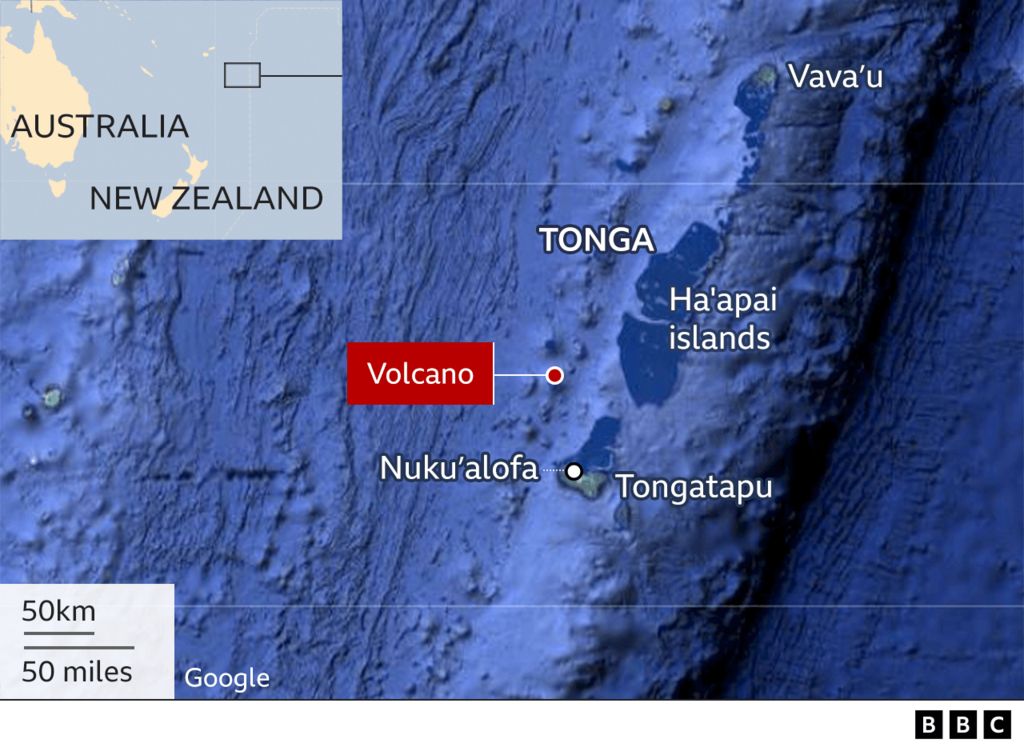