The Skys the limit!

Concrete Broker is a female owned and managed business operating in the world of concrete and associated industries. This November we continue our focus on women in concrete with a look at career paths for wormen in the concrete industry 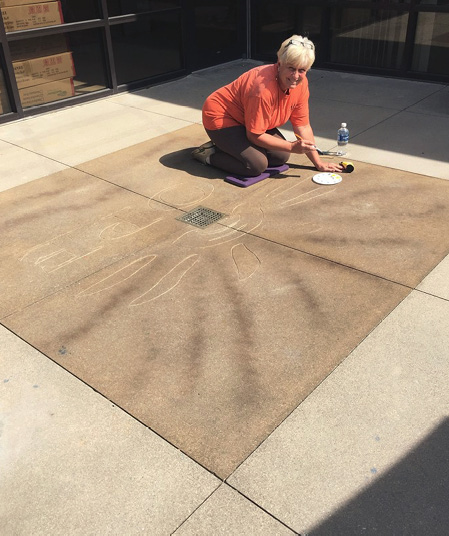 Women CEOs of concrete companies are smashing glass ceilings and bucking trends that have emerged for women in other nontraditional occupations. While women CEOs only comprise 2 percent in the basic and infrastructure sectors according to World Economic Forum and Bureau of Labor Statistics data, the majority of nearly 1,000 women contacted felt that the concrete industry can offer a relatively fast route to entrepreneurship without years of advanced education.

Women’s participation in other nontraditional occupations, such as engineering and transportation, has been increasing, but women struggle to advance in STEM-related (science, technology, engineering and math) professions. Meanwhile women’s participation in construction has remained at roughly the same level since the 1980s — 2 to 9.5 percent depending on which indices are used — but women-owned construction businesses have more than doubled since the 1990s.

Invisible barriers
Glass ceiling theory refers to the invisible barriers that hold women back from advancing professionally, receiving promotions and holding executive positions. Despite the staying power and fluency of this metaphor, researchers have yet to identify all the factors that contribute to this phenomenon.

In construction and skilled trades, women have told me horror stories about being outright discriminated against, making it difficult to obtain journey level while in an apprenticeship, because they were regularly passed over for hours. However, the gender pay gap is much smaller in construction than other industries, and for the most part women earn good salaries that are on par or nearly on par with their male counterparts. Many tend to find rewarding, lifelong careers in the industry.

In concrete construction, glass ceiling effects seem minimal, but entering the industry in the first place is a much greater challenge. Women generally lack awareness about career paths in construction and concrete. They are unclear about the kinds of jobs available and the skills needed to succeed in those jobs. With few role models, it’s difficult for them to imagine themselves working in the industry.

It shouldn’t be surprising that successful concrete business owners worked in the industry before deciding to become entrepreneurs. Knowledge gained from real-world and hands-on experiences about the product, market and customer base is necessary to succeed. While this is true of most sectors and services, concrete is unique and special in many ways. 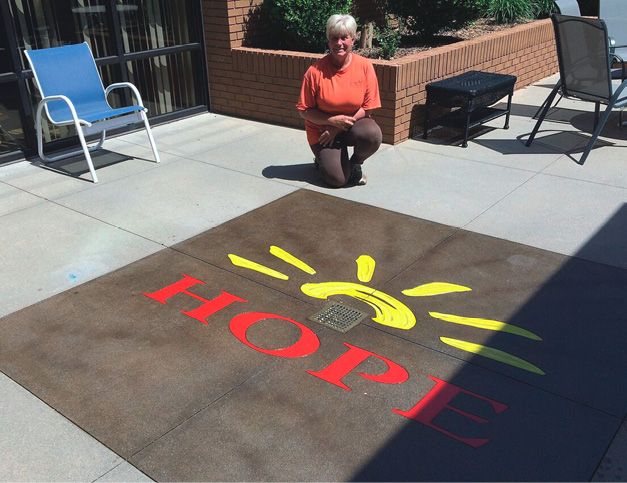 “I never get tired of going to work. The instant gratification is a gift to me every day. Creative trades like mine are so well suited for women.” That is, she adds, as long as they don’t mind getting dirty every day.

Additionally, the U.S. construction industry is particularly situated and supported toward fueling small businesses. The U.S. Disadvantaged Business Enterprise program, for example, is designed to assist small businesses to participate in public projects by requiring general contractors to allocate certain percentages of work to DBEs. Since 1978, federal contractors have been required to commit 6.9 percent of total construction work hours on federal projects to women.

Still wet behind the ears
I still consider myself new to the wonders of concrete, even though I’ve been actively studying it for several years. My first World of Concrete was in 2012. Before that I had researched the topics of concrete, construction and women working in nontraditional occupations, as well as having conducted “field work” while working on a few construction projects throughout the U.S. and abroad.

I’m continually fascinated by the latest advances in this ubiquitous substance, such as bendable concrete, translucent concrete and self-repairing concrete. Add to that the myriad uses and applications of concrete — residential, decorative, polished, structural — and I’m amazed that a basic Concrete 101 class isn’t a mandatory requirement for a construction management degree. It also should be evident that there’s a plethora of business opportunities in concrete from which to choose.

The survey says…
For my dissertation, I used mixed methods, including surveys, interviews and phone polls. I conducted phone polls with all listed Women-owned Business Enterprises (WBEs) and Minority and Women-owned Business Enterprises (MWBEs) in construction in Washington state and Louisiana. Specifically, I wanted to know if women had worked in construction before becoming owners. I planned to make a case to the Washington state legislature to allocate federal highway funds to provide training to increase women’s participation.

Women also persevere in the industry and follow paths besides entrepreneurship or becoming independent contractors, such as advocacy, training and mentorship.

Women still encounter challenges in the field, and in larger concrete companies, the number of women in executive positions is very small. Nevertheless, the data showed that women tend to earn good salaries and stick with concrete.

Good business for small business
The option also is always available for anyone with experience in the industry to become an independent contractor or small business owner. There are certain characteristics of the U.S. construction industry and the capitalist culture that lend themselves to business ownership. One of these is the disadvantaged business enterprises requirements for publicly financed projects. Another is the American value placed on becoming a small business owner and the myriad types of businesses one could specialize in the concrete industry, such as residential, public, decorative and green.

Following the Great Recession, some of the participants found that they were better positioned in their markets. For example, because so many companies had gone out of business, there were fewer competing contractors. When the economy began to rebound, the limited number of available businesses made them much more competitive.

Overwhelmingly the concrete-construction industry can be a career path for women that leads to economic independence and equality of pay, but it remains a path not easily entered, not for the faint of heart and may be misleading (as in the hourly rate doesn’t equate with the living salary because the work schedule can vary so much).

Ownership, entrepreneurship or becoming a contractor, all provide opportunities for women to independently regulate their own productivity and earnings, which in many ways is extremely liberating. Not every industry affords this option. While experience in the industry can lead to ownership, this path is not fixed, direct, guaranteed or for everyone. The most skilled craftsperson may not be interested in developing the additional skills required to become an entrepreneur, or have the working capital to do so.

Nevertheless, I encourage women everywhere to be curious and creative. Why not build your own company? Concrete offers such diversity and it’s everywhere. There are so many different options, it’s worth exploring. And based on my research, glass ceilings be gone! The sky’s the limit!