After the first successful pour, the cement will be trialled across campus. Credit: Professor Ali Abbas

University of Sydney researchers have successfully poured “green” cement – pavement made from a unique mix of fly ash, and waste materials including ground glass and gaseous carbon dioxide.

The trial “eco-pavement” has saved 752kg of sand from being dredged and 327kg of carbon dioxide being emitted into the atmosphere, while its production has saved the equivalent energy of 1,000 cups of coffee or driving a car over 1,800km.

Director of the Waste Transformation Research Hub and School of Chemical and Biomolecular Engineering researcher, Professor Ali Abbas said the cement was designed to counteract the environmental impacts of traditional concrete production. Concrete production is an energy intensive process that involves sand and aggregate dredging, contributing to erosion and environmental degradation.

“Traditional concrete production is energy and resource intensive, yet is one of the most common materials used by the construction industry. We sought to create a less energy intensive solution that would have less impact on the environment using carbon-capture and beneficially reusing materials that would otherwise end up in landfill,” said Professor Abbas, who worked alongside Delta Electricity, and in cooperation with recycling company, IQ Renew, construction materials and industrial minerals supplier Morgan Ash: an Adbri Company, to develop the technology. 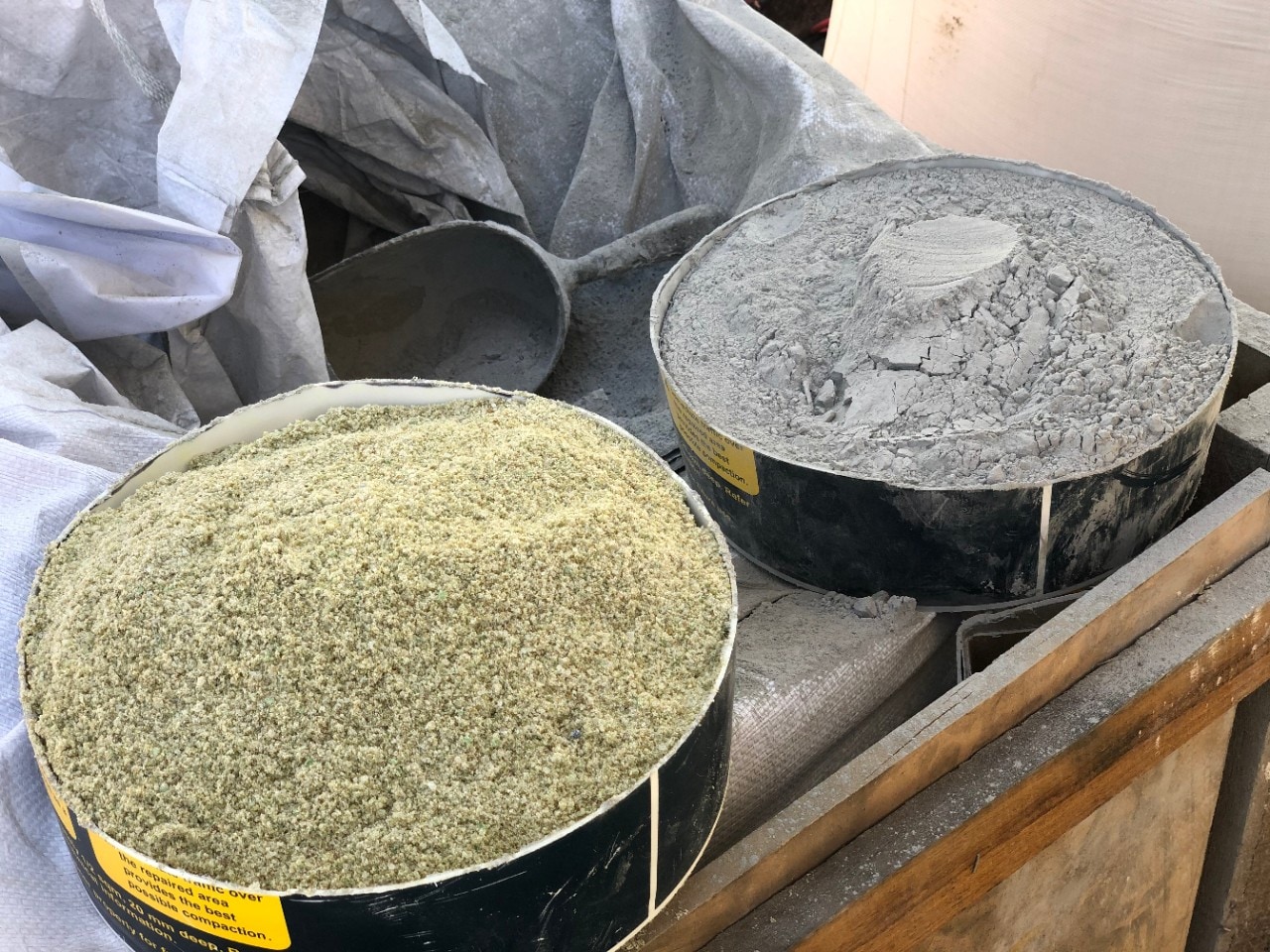 The concrete is made from a cement that uses fly ash and waste glass. Credit: Professor Ali Abbas

The concrete is made from a cement that uses fly ash – a by-product of coal combustion – and waste glass, which has traditionally been energy-intensive to recycle.

“Around 12 million tonnes of fly ash are produced each year in Australia. In our green concrete, we use fly ash as a cement replacement,” said Professor Abbas.

“Glass, on the other hand, has traditionally been an expensive and energy-intensive material to recycle. Less than half of the 1.4 million tonnes of glass produced each year in Australia is recycled. When crushed, glass can replace both sand and aggregates in green concrete.

“We are also testing an algorithmic intelligence technique that adapts the concrete blend to specific applications.”

Gaseous carbon dioxide is also directly sequestered or “locked” into the concrete in a stable mineral form, which prevents greenhouse gases from entering the atmosphere.

The researchers said greater environmental benefits could be realised when implemented on a larger scale. They plan to install another two eco-pavements on campus with differing blends to continue their trial studies.

Over the next 12 months the team will continuously monitor the concrete’s performance, with the hope to later commercialise the technology and introduce it to the market as an alternative to traditional concrete.

Fly ash can be beneficially reused under the NSW resource recovery scheme.

Funding has been provided by the University of Sydney Industry and Community Engagement Seed Fund and Delta Electricity for the project, Upcycling of power plant fly ash into low-carbon eco-pavements.