Creating a concrete Stereoform slab to reduce our carbon footprint 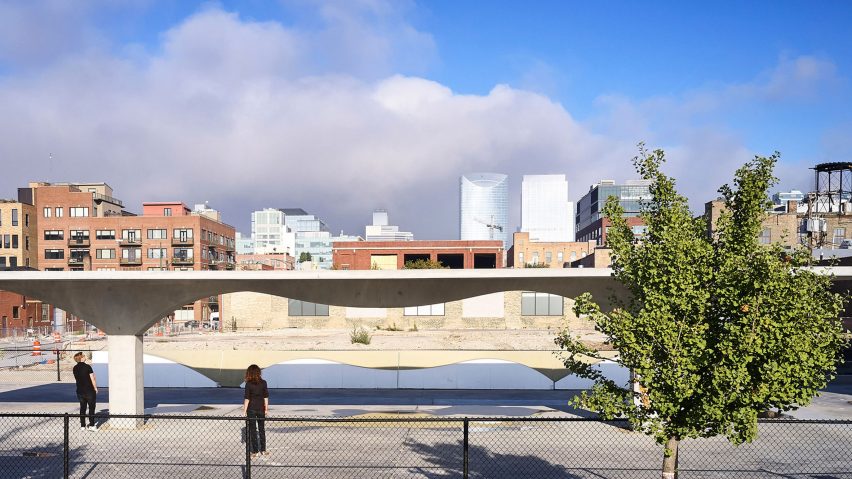 Two concrete columns hold up a curving concrete roof of this pavilion that architecture firm SOM has built using a method it says could reduce the carbon footprint of high-rise concrete buildings. 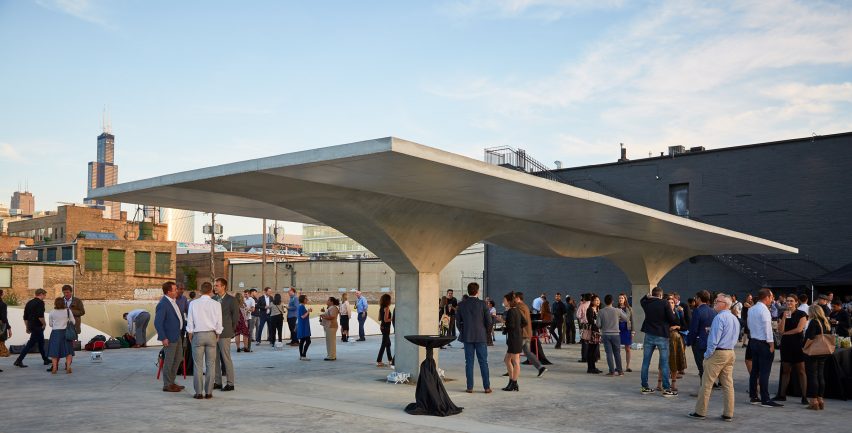 Skidmore, Owings & Merrill (SOM) has erected the Stereoform Slab for this year's Chicago Architecture Biennial in the city's West Loop.

The concrete pavilion is a prototype of a single-storey concrete bay found in high-rise buildings. It is built using a robotic fabrication method, provided by Odico, that the American firm argues is more sustainable than traditional construction methods, and could reduce its carbon footprint.

Experts and activists have recently called to ditch concrete in a bid to fight climate change, with the method accounting for eight per cent of the total global carbon dioxide emissions.

SOM's project, however, aims to drastically reduce the carbon footprint of concrete, without making huge changes to construction methods. It focuses on the construction of a slab for high-rise buildings, which the firm found contributed to as much as 40 to 60 per cent of its carbon footprint. 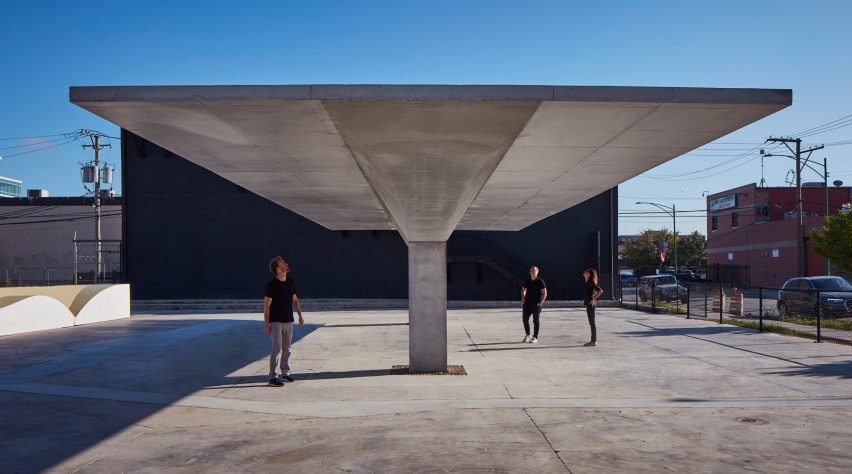 "This pavilion demonstrates the exciting potential for design, technology, and building collaborations to make a significant impact on the way we approach large-scale construction," said SOM design partner Scott Duncan.

The curving form of the structure was created by a robotically crafted and reusable Expanded Polystyrene (EPS) mould that shapes the slab into arches to reduce the amount of material used and waste generated. The studio calculated is uses 20 per cent less concrete than conventional systems and offers a 20 per cent carbon reduction.

"The design of Stereoform Slab expresses a more intelligent allocation of material, evocative of forms in nature," Duncan added. "When applied to the entirety of the built environment, this technology can pave the way to a more expressive, sustainable, and innovative future of architecture."

SOM added that the process is similar enough to current methods to be implemented easily. 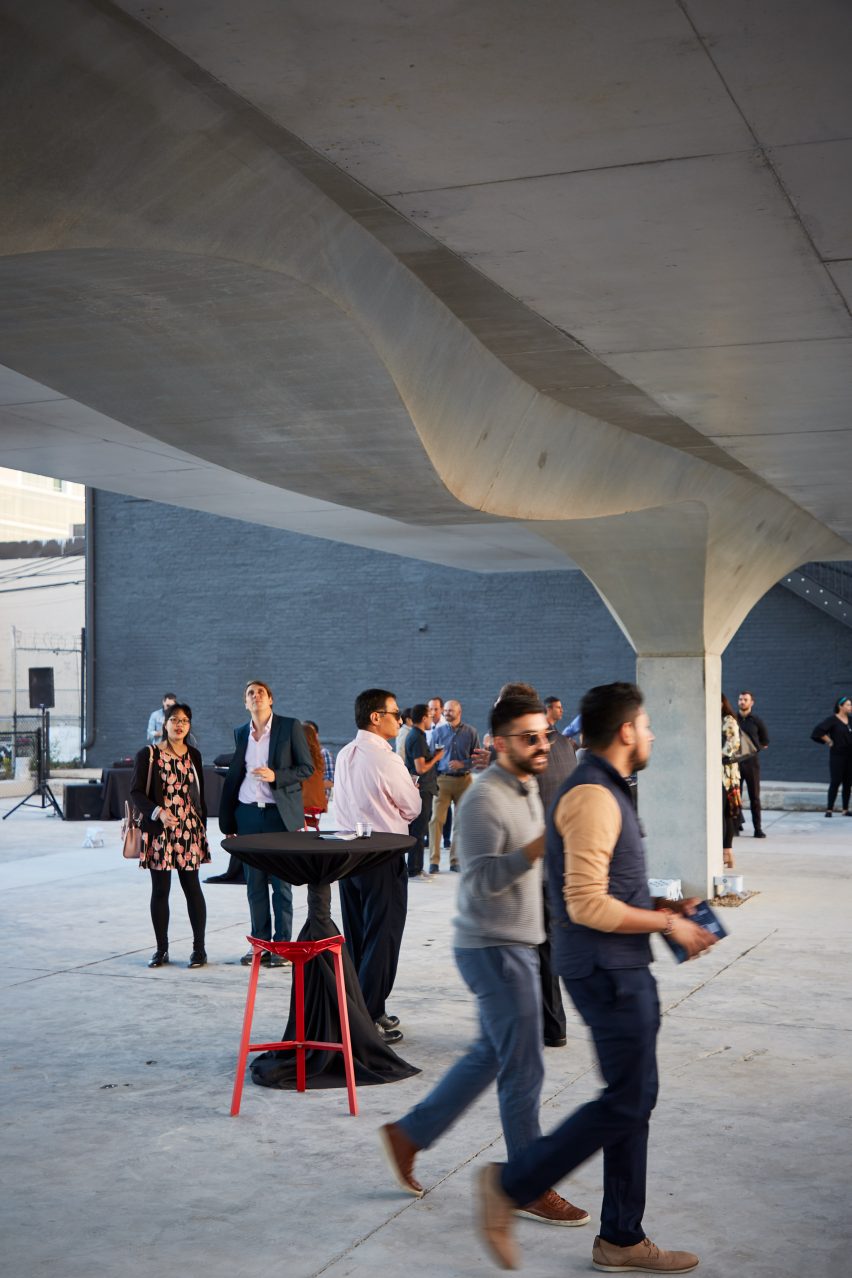 "The robotic formwork fits within a more conventional horizontal casting system that makes its use relatively similar to current practices – reducing the learning curve for adoption by those constructing in the field," said the firm.

"Developing formwork systems that afford added complexity without adversely impacting common construction processes will yield smarter and more sustainable forms in concrete," it continued. "Stereoform Slab is an exploration of this issue, understanding that it is imperative we more broadly rethink more conventional building types – and their construction." 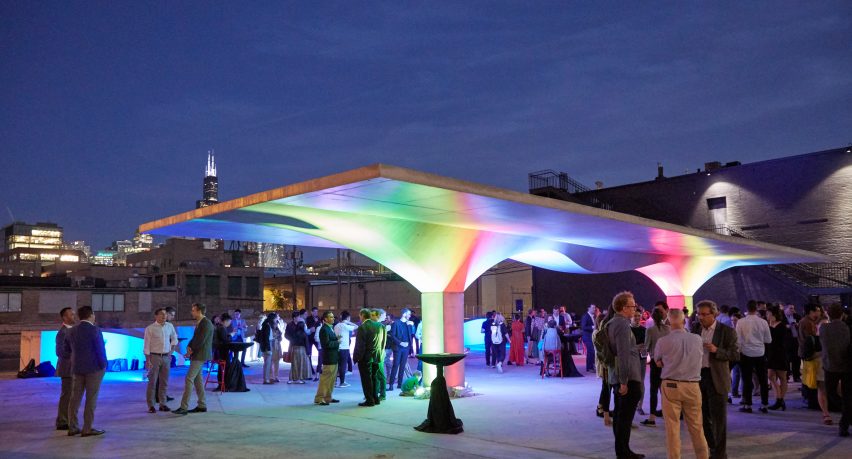 Stereoform Slab will be on show for the duration of this year's biennial, which runs from 19 September 2019 to 5 January 2020.  In the evenings, coloured lights on the ground around the concrete pillars create a rainbow-like display on the under part of the roof.

Also as part of the Chicago Architecture Biennial, SOM, in partnership with Bridgewater Studio, designed the Conversation Bench in the Drawing Room at the Chicago Athletic Association. 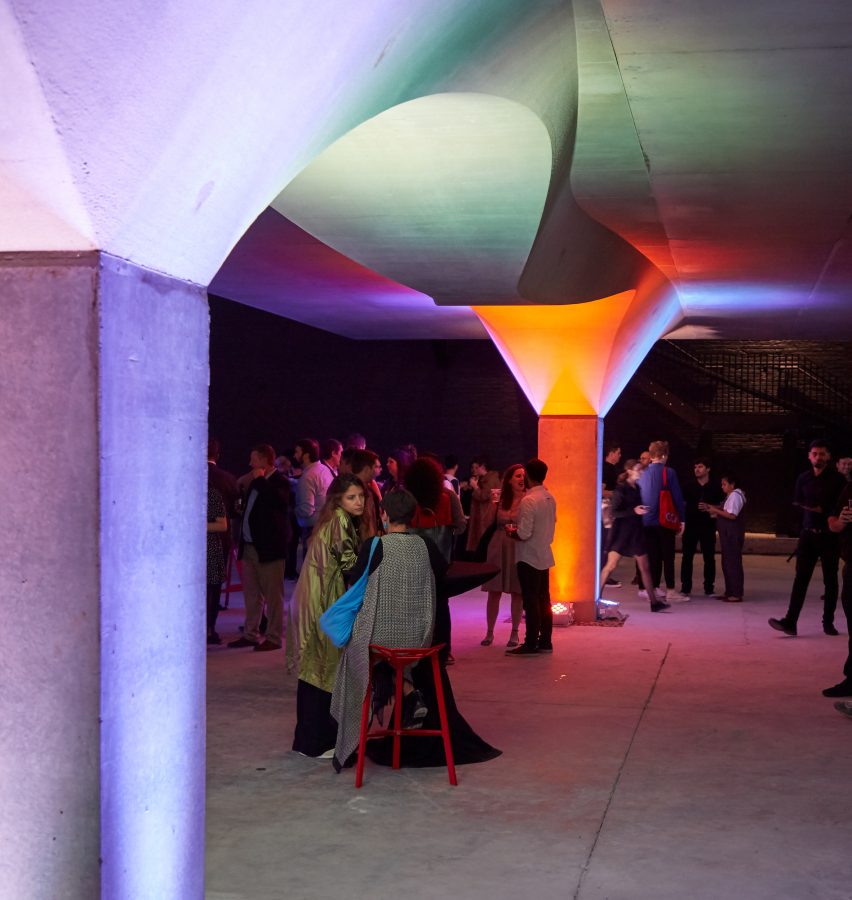 The "unified seat" consists of a single volume and was crafted using a white foam mould and movement of a robotic arm, to showcase more sustainable practices for concrete construction.

“Stereoform Slab and the Conversation Bench will create urban interventions in the city that are shaped by new methods of digital fabrication within the fields of construction and architectural design, and establish a temporary space for civic engagement,” SOM said. 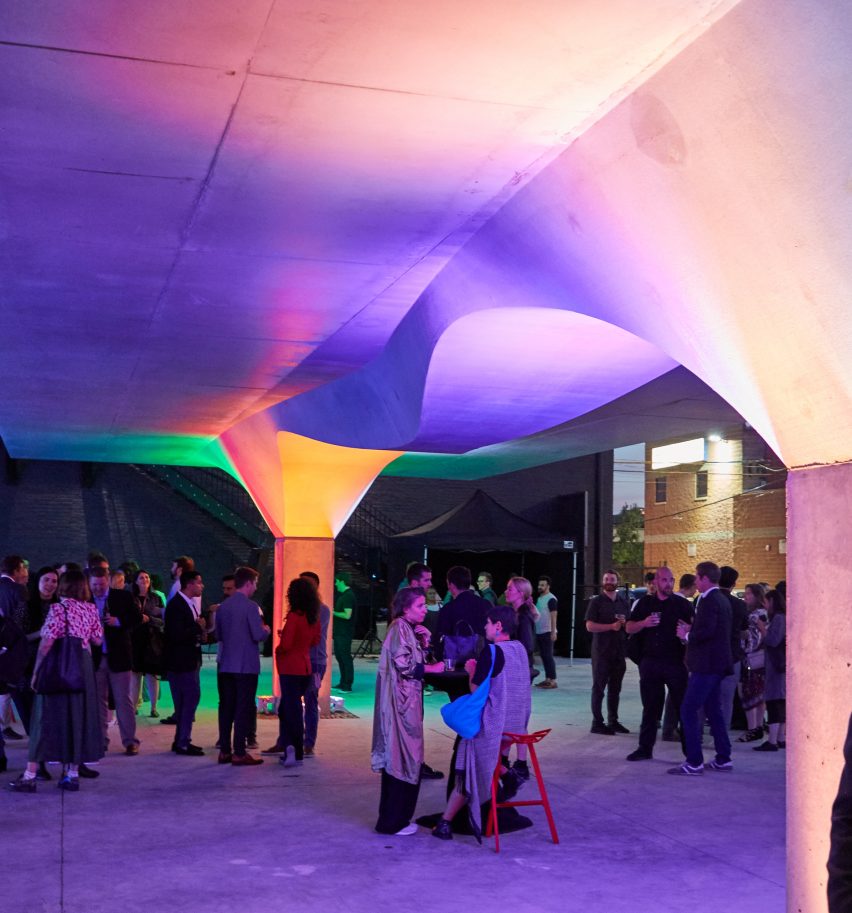 Other installations featured in the event include a memorial for the victims of gun violence, revitalisation plans for more public green space in Detroit, and a video investigation into the shooting of black barber led by research group Forensic Architecture.

Photography is by Dave Burk.