The top 10 concrete buildings in Australia

From skyscraper to mosque: sky is the limit for concrete

What is it that binds the Gladesville Bridge, Australia Square, the Punchbowl Mosque and the Sydney Opera House together?

They were all made of concrete and, on Monday, were named by a group of eminent architects, engineers and building experts in the top 10 most outstanding concrete public architectural works in Australia of the past 90 years. 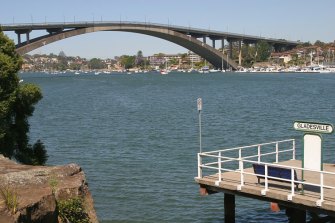 The Gladesville Bridge was the world's longest single-span concrete arch when it was completed in 1964.CREDIT:BRUCE ELDER

Each of these structures pushed boundaries in its era for the use of a building material that chairman of the judging panel Peter Poulet, a former NSW government architect, said was a "utilitarian tool that has been repositioned to become sexy".

When the Gladesville Bridge was completed in 1964, it was the world's longest single-span concrete arch. 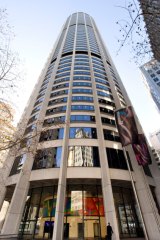 When it was completed in 1967, Australia Square was the world's tallest reinforced concrete structure.

Australia Square broke new ground in 1967, when the Harry Seidler designed 50-floor building became not only Sydney's highest skyscraper, but the tallest reinforced concrete structure in the world.

The UNESCO world heritage-listed Sydney Opera House was made of reinforced concrete blocks glued together with an industrial adhesive, a method that had never been attempted anywhere in the world.

And the Punchbowl Mosque, 20 years in the planning, fundraising and building, which features 102 concrete domes decorated with Islamic calligraphy, has been declared an architectural masterpiece for its use of exposed concrete.

The list includes iconic national buildings, such as the High Court of Australia in Canberra and the "laneway grunge" car park at the University of Melbourne, used as the set for many movies.

The others are the Australian Academy of Sciences' Shine Dome, known as the "Martian embassy", in Canberra; James Cook University Library in Townsville; Melbourne's Victorian State Offices; and Brisbane's Queensland Art Gallery.

The top 10 announced at the Sydney Opera House, marks the 90th anniversary of the establishment of the organisation that represents the heavy construction materials industry. 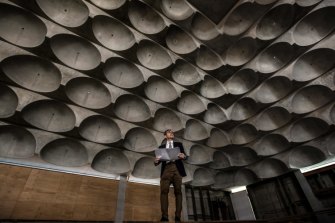 What may be a Brutalist masterpiece to some can be a pile of ugliness to others, so the list, like concrete itself, may court controversy, says Ken Slattery, chief executive of the Cement Concrete & Aggregates Australia.

"Some of the Top 10 structures have Brutalist, geometric composition while others have continuous
free-flowing forms ... it is like comparing Phar Lap to Black Caviar to find the best racing horse or Bradman with Steve Smith to find the best cricketer," Mr Slattery said. 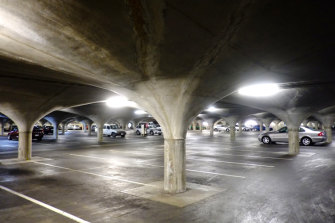 Mr Poulet, the Central City District Commissioner for the Greater Sydney Commission, said the 10 had been selected from a list of 90, based on three criteria: architectural merit, innovation in the use of concrete and exemplars of their time which redefined and expanded concrete's potential.

"Concrete is a material that has built our nation and [is] a major contributor to our built environment ... Because of its sustainability, in the next 10 years, a lot of buildings will be made of it. It not only holds things up but there is a beauty and poetry to it, too," Mr Poulet said. 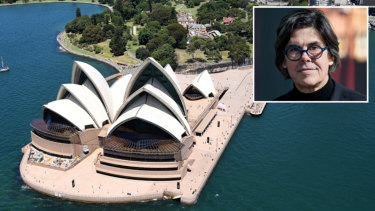 One of the top 10 concrete buildings of the past 90 years, the Sydney Opera House and, inset, chairman of the judging Peter Poulet.CREDIT:AAP, SUPPLIED