Vertico makes a concrete bridge from a 3D Printer

Vertico, the 3D printing company in conjunction with the University of Ghent made a concrete bridge out of a 3D printer. 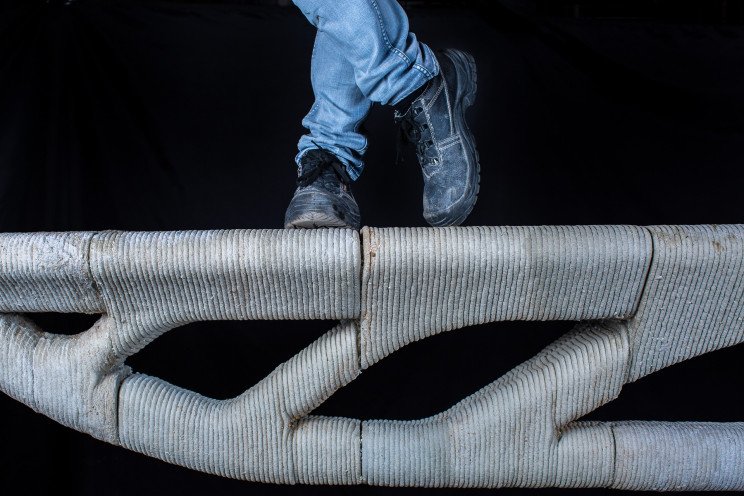 3D printing will change the way we do everything in the future from erect space stations to develop human organs. We can now add buildings to the list thanks to Vertico, the Netherlands-based 3D printing company in conjunction with the University of Ghent.

The two joined forces to print a concrete bridge out of a 3D printer. The new technique builds concrete structures by depositing a specially designed concrete mixture layer by layer. According to Vertico, this process eliminates the need for expensive molds and more importantly provides more form freedom to structures.
“This bridge showcases the range of possibilities that 3D concrete printing offers. At Vertico, we believe that this technology is the key to unlocking material optimisation in structures, reducing CO2 emissions whilst simultaneously increasing productivity in the construction industry,” said Volker Ruitinga, founder of  Vertico in a press release. 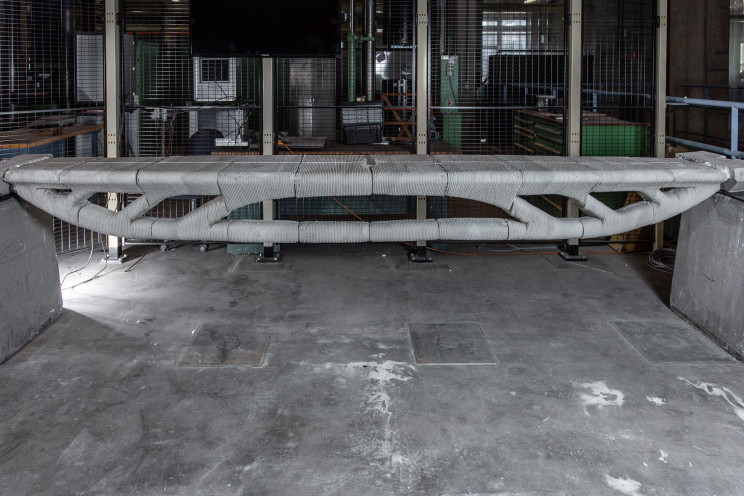 The building industry in need of some innovation

Building concrete structures out of a 3D printer is revolutionary for an industry that has long lagged others in terms of automation and production. According to Vertico there is a need for innovation in the industry that the company said produces 23% of global C02 emissions. That's not to say they don't want innovation it's just too costly to build unique forms and organic shapes with traditional techniques.

"This project demonstrates the possibilities of the technique on a relevant and significant scale. The advantage of 3D (concrete) printing are being increasingly recognised and with this acceptance we will see more and more building and infrastructure projects such as this optimised bridge," Vertico said in the press release. "The desire for material & CO2 reduction, automation & productivity trends and cost-effective production requirements make 3D concrete printing an
innovation with a lot potential."

The company is currently working on a 3D printing a concrete dome house. Production will kick off in February of 2020. It has already completed commissioned sculptures, an archietcutral facade, and two concrete canoes. 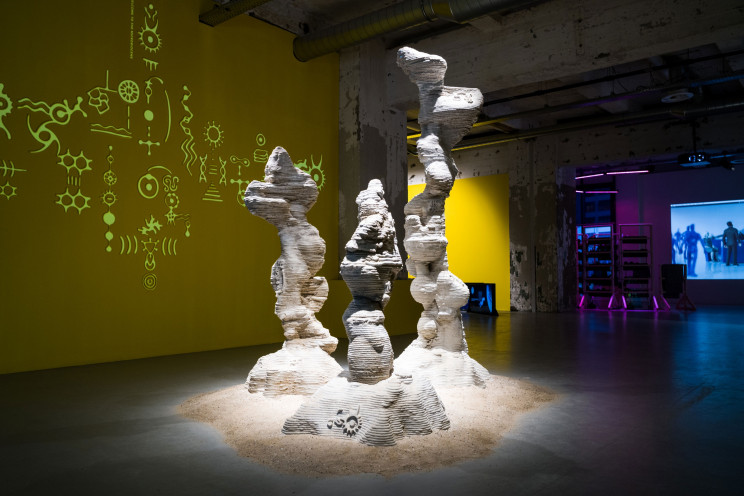 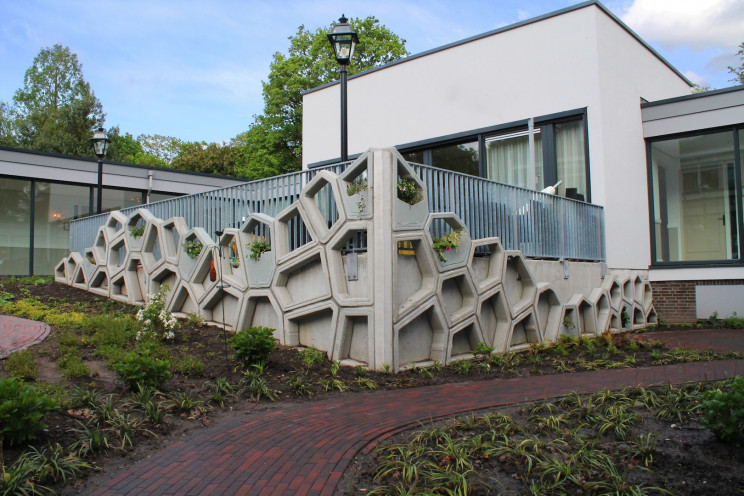 Concrete facade made with a 3D printer